After the average brunch on Sunday I started Monday by visiting a little parisian style cafe just along from the Windsor called Mimolette . The coffee was good and they had good quality French pastrys . Afterwards I visited the local Coles for a few supplies and then Ubered out to Rumble Coffee to catch up with Joe. After a good yearn and a flatwhite and a short espresso I was fit the face the day. I headed over to Catfish and met up with John , Doug and Soren. After a couple of beers we headed out to the Market Tavern to have a quick meeting about the event the next night and to sample the Carlton Draught from the tank. The Market Hotel is a flagship pub for CUB with a bank of 4 ‘cellar’ tanks strapped to the ceiling. After our estery but very fresh lager we headed out to The Terminus Hotel where I had the first Parma of my trip . The event here was a Melbourne vs The World event where 4 brewers from Victoria and 4 brewers from the world match off against each other pitting beers and banter against each other. Each brewer presents a beer in the first round and after the public votes 2 brewers are dropped from each team, then another round and its reduced to a final of one Victorian brewer and one World Brewer. We were told to be brutal. Not the easiest thing for this mild mannered Kiwi , nor for Soren the polite Kiwi/Dane. I decided to launch things with a prop so I went and stole a toilet roll and opened things with a reference to the 1981 Chappel underarm bowl , alas as no one in the crowd was even born in 1981 no one knew what I was on about and just wondered what the hairy guy was doing throwing toilet paper over the table. Needless to say I didn’t last beyond round one. Excitingly one of my Team World members was New Belgium. Not surprisingly they went on to win the night so I got to try La Folie , Trans Atlantic Kriek and Oscar in Apple brandy barrels (which American’s confusingly call apple whiskey) . In the intervle anouther of my beers was tasted which led to Oude Draak being tasted just after La Folie, big act to follow but it held up wonderfully and I got a lot of positive feedback afterwards.
Afterwards Soren and myself hung out with the Three Ravens crew and tasted some of their amazing barrel sour beers. Then it was an Uber back south and bed. 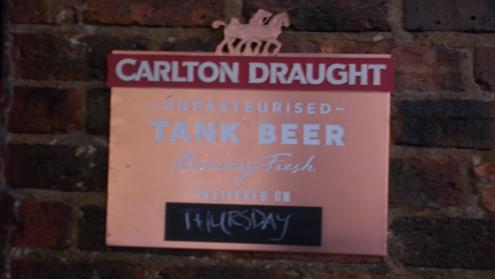 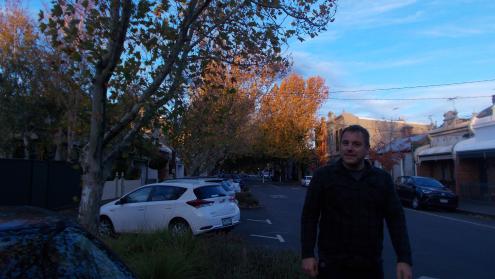