Tuesday I took the train to Oxford. Walked from the station into town and located Jesus College which was to be my accommodation for the night. This was to be my geek night . I’m a huge Colin Dexter fan so it was to the pubs of Morse I went. There had been two potential hosts for Oxford , beer writer Tim Hampson and a cousin of some remove Luke Haslett but both had fallen through . To be honest I was glad to explore alone as it allowed me to indulge in silly things like waiting for a digital bus sign to flick over so I could get a “Last Bus to Woodstock” photo.
I headed out to Jericho first, checked out the street that was “Canal Reach” in the Dead of Jericho and The Old Bookbinders Arms named as the suburb lies right next to Oxford University Press. It was a great pub, I had a lovely pint of landlord. Its run by a French Chef but its definitely a pub not gastro. I loved Jericho and could picture myself living there.
I then headed back to town to the Eagle and Child famed hangout of the Inklings. It was a bit of a tourist trap but I had been expecting that. I then popped across to The Lamb and Flag which is also associated with the Inklings. It was great, dark low beamed , full of locals with an amazing Belgian and German beer list.
Then it was off to the Turf Tavern tucked away down back alleys. Here I had my first really bad cask beer of the trip. From here I wandered through the lanes through the colleges, and then popped into my room at Jesus to charge my phone and regroup.
I then headed to The Kings Arms a Young’s pub, had a 1/2 of Special a pickled egg and a Scotch Egg. Finally I made my way to The Castle Inn for Hook Norton Old Hooky and ham egg and chips.
I returned to Jesus exhausted and went to bed amongst the spires.
Next morning I woke early , grabbed a coffee from a cart on the street and set off to explore the college before breakfast. The lanes around the Bodleian Library were beautiful in the morning light. Almost every building in Oxford was flying the rainbow flag which initially I assumed was signifying something more conservative but a quick google confirmed it was indeed a statement of pride and inclusivity, good stuff.
I returned for breakfast which was in the great dinning hall at Jesus . I went in through the porters lodge and was served a full English and eat it at the top table with Lawrence of Arabia , a graduate of the college looking down at me from a portrait.
Then it was time to walk to the station , say good bye and move on to a different kind of Britain. 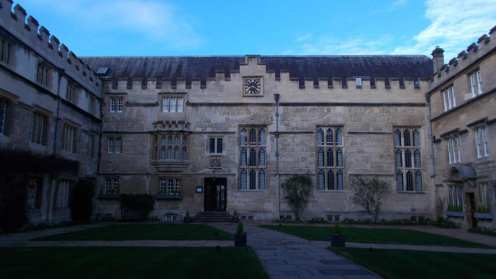 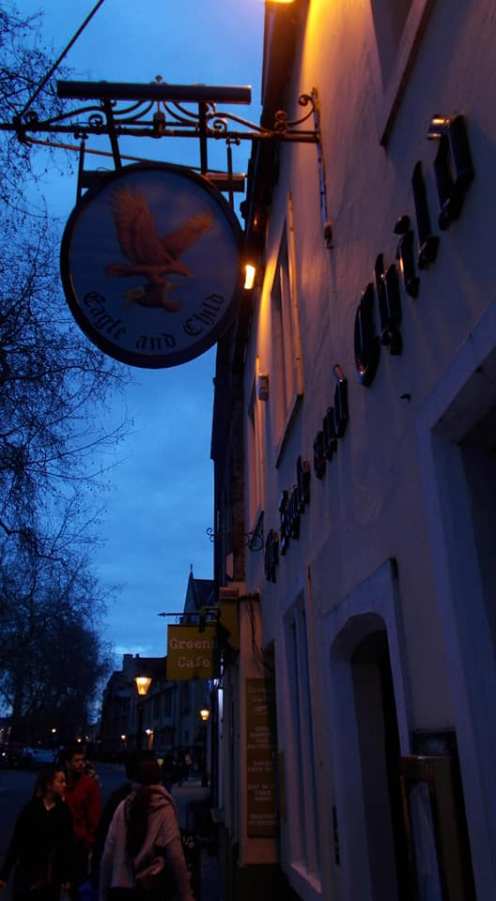 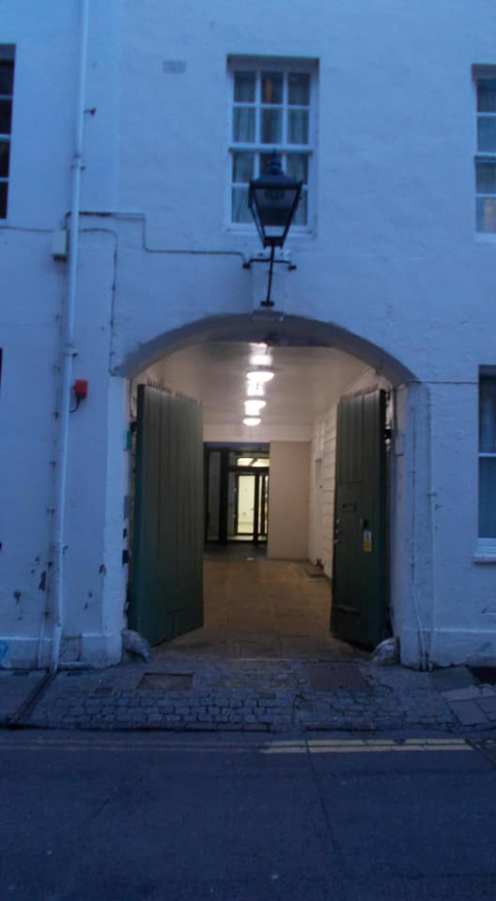 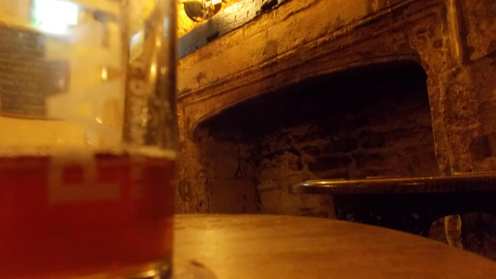 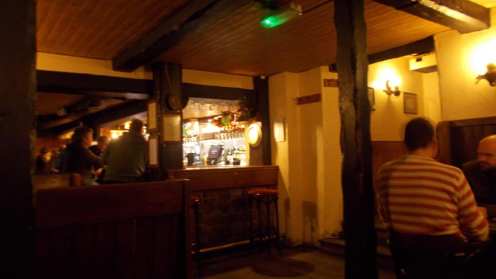 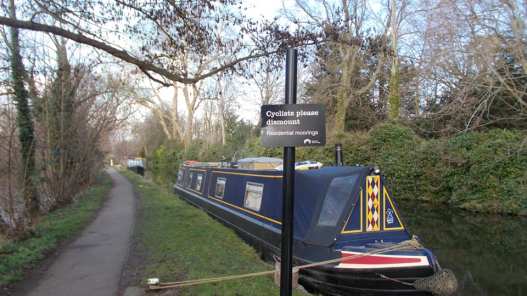 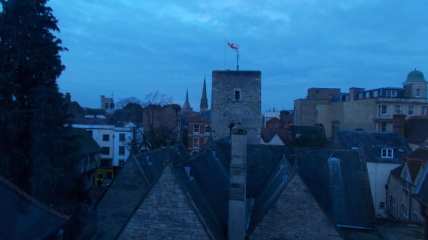 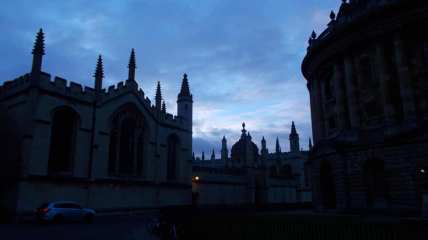 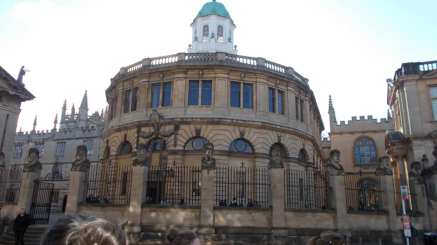 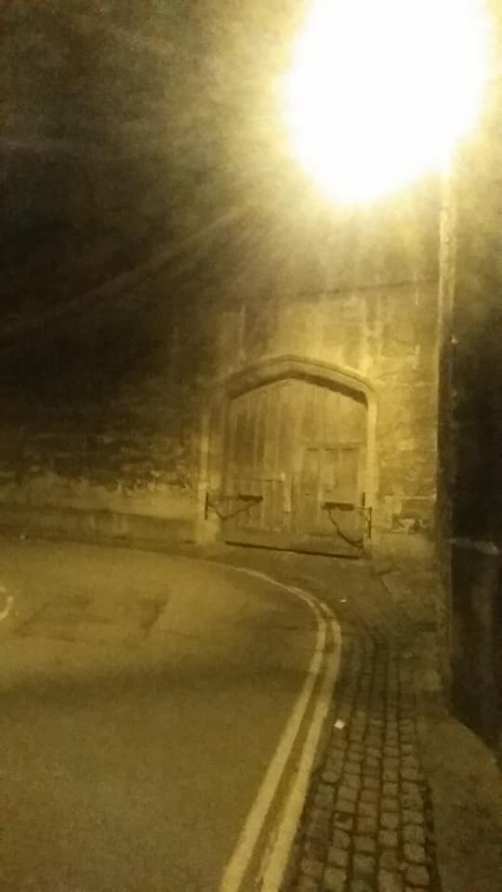 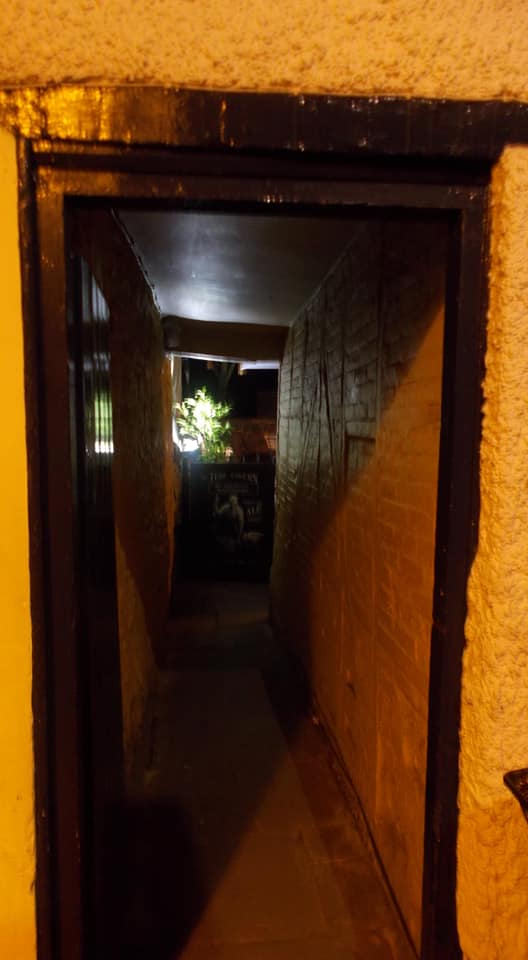